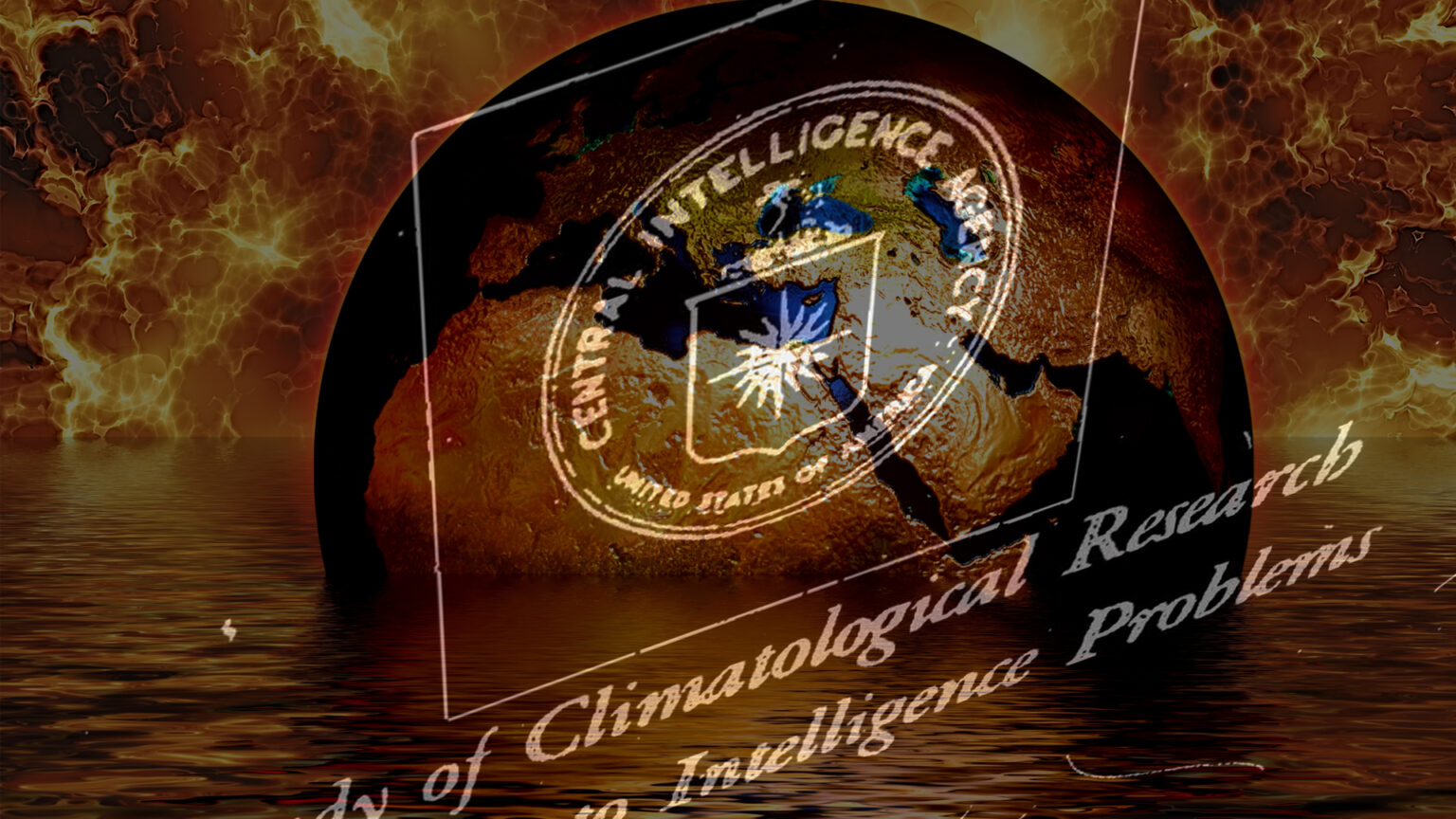 A Study of Climatological Research as it Pertains to Intelligence Problems, August 1974

The western world’s leading climatologists have confirmed recent reports of a detrimental global climatic change. The stability of most nations is based upon a dependable source of food, but this stability will not be possible under the new climatic era. A forecast by the University of Wisconsin projects that the earth’s climate is returning to that of the neo-boreal era (l600-18S0)-an era of drought, famine, and political unrest in the western world.

A responsibility of the Intelligence Community is to assess a nation’s capability and stability under varying internal or external pressures. The assessments normally include an analysis of the country’s social, economic, political, and military sectors. The implied economic and political intelligence issues resulting from climatic change range far beyond the traditional concept of intelligence. The analysis of these issues is based upon two key questions:

A Study of Climatological Research as it Pertains to Intelligence Problems, August 1974 [37 Pages, 13MB]