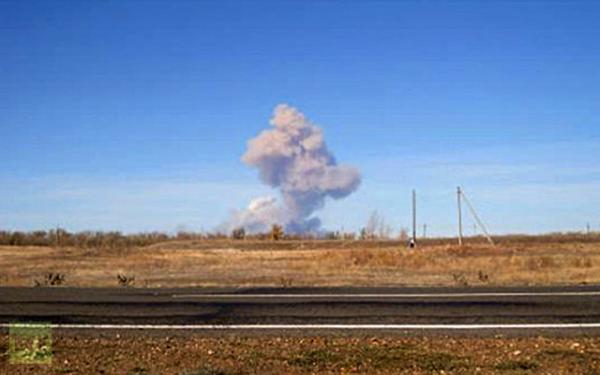 More than 4,000 tons of shells exploded near a military testing ground some 40 kilometers from the city of Orenburg in Central Russia, prompting the mass evacuation of two nearby towns.

Witnesses recorded video of a massive plume of smoke rising into the air shortly after the explosions. Local residents said that the blasts were powerful enough to rattle windows dozens of kilometers away from the epicenter.

All documents from EUCOM [4 Pages, 0.6 MB] – Although mostly blacked out from “non-responsive” expemptions, this shows what is available, along with photos.

All documents from the National Geospatial Intelligence Agency [6 Pages, 0.9 MB]