Some photos were released from the archives by the LA Times, depicting American soldiers showcasing the remains of suicide bombers who attacked them and blew themselves up. The photos will further embolden and enrage the enemies in Afghanistan and will almost certainly cost the US and coalition forces additional casualties.

Ok, it's not very humane to revel in the death of another human being, but seriously. What does one expect of an army that has been at war for 10 years, and the enemy attacks and dies? Are they supposed to feel sorry for the suicide bombers and cry? And, the fact that the LA Times waited--in obvious calculated fashion for maximum impact--2 full years to publish the photos and story is just utterly irresponsible.

The Pentagon urged the LA Times not to publish the photos but, the LA Times did it anyway. I'm curious about the agenda of the LA Times chief editor from the Middle East: 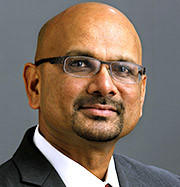 White House spokesman Jay Carney reacted to the publication of photos in the Los Angeles Times of U.S. soldiers posing with corpses in Afghanistan by saying the Obama administration is "disappointed.. [with] the decision to publish two years after the incident," according to a pool report.

Carney is suggesting, it would seem, that the photos might put at risk U.S. soldiers fighting the war in Afghanistan. And that, since the photos were taken two years ago, there would not seem to be pressing need for the Los Angeles Times to publish the photos while the soldiers are in that war theater.

Carney also blasted the photos themselves--at least, the actions of those American in the pictures. "[The] conduct depicted in those photographs is reprehensible and does not in any way represent the high standards of the US military," Carney told the press aboard Air Force One. "And the president certainly shares in the defense secretary's opinion that this should be investigated and those held responsible will be held accountable."

The spokesman said he was unsure whether the president had actually seen the photos in question, though Carney is sure that Obama is aware of the scandal.

maybe he's had enough, decided one day,
he was going to be a real reporter/ journalist.

that is his job right ? to report facts. so, when were eating our chocolate
covered coco puffs in the morning , we can make informed decisions ,
milk or dry

in the real world frost and I intend this w/ a degree of respect, because of your many intelligent posts... the decision to engage in combat between adversaries will not be based on a photo , on any given day.

a battalion , brigade , or division
that reacts / looses its cool / in the zone ... is of questionable effectiveness.
remember - " discretion is a better part of valour "

perhaps you will enjoy exploring the latter.

(...opens the door to possibilities )

If it is completely disallowed for a soldier to want the enemy to die, then the army might as well disband and give up. The function of a soldier in an armed conflict is to neutralize, i.e. kill the enemy. Last time I checked, it was not in the rules of engagement that a soldier must display pity for an enemy who failed in his attempt to kill people.

I'm not supporting the pictures, it's not very humane and it's pretty sick... but... these things happen in every single war that ever occured since the dawn of time.

The LA Times intentionally timed the release of the photos in order to embolden and enrage the enemy, and it is clear that their agenda is to punish the coalition and get us out of Afghanistan.

No Ricardo. That's not the job of a journalist.

Where are all the photos being published by the LA Times of coalition soldiers doing good things for people? Where are the photos of the Taliban and Al Qaeda forces reveling in the death of one of ours? And if they do exist, were they intentionally timed for maximum impact so that our troops would hate the enemy even more and ensure that surge strategy would succeed? Or were they placed on the back page with a blurb that defends the anger of the "occupied freedom fighters."