Did the US supply Iraq with chemical weapons during the 1980's?

Of course they did.

The risk for people who try to rule through tyranny is that their friends can turn on them just like the weather changes.

Saddam too! He thought the US regime was his friend.

Fair trial? "fair?" Hmmm! Well the accusers and the judge and jury ought to be in the dock with Ali. and I expect some of them will be there at some point in time if they don't cooperate with the banksters.

but the Banksters - the dual nationality ones sharing US citizenship with Israeli citizenship - will be mostly spared.

Therefore it is disingenuous (lacking in candor) to point an American finger at 'Chemical Ali' without qualifying that his crimes may have very well been committed with chemical weapons that Americans provided. Amazing (not) that with all the talk about Saddam/Chemical Ali gassing the Kurds (which happened very shortly after the cease-fire in Iraq/Iran war), there is very little mention of Saddam using chemical weapons against Irani troops.

All of that doesn't change the fact that Saddam/Chemical Ali were bad men.

"hxxx" wrote: Did the US supply Iraq with chemical weapons during the 1980's?

Technically: No, but thanks for asking.

If you have actual evidence from reliable sources, please post it. There's lots of good evidence to the contrary, including plenty of FOIA-released documents.

Third-party rhetoric and/or conjecture from news reporters doesn't qualify as 'reliable sources', IMHO. Neither do reports that cite 'anonymous source' or similar nonsense, since 'anonymous source' could indicate anything from a potted plant to a two-year-old speaking in tongues. 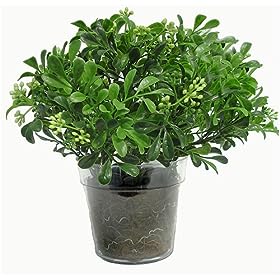 Didn't understand a word of it. Cute kid, though.

What's that mean? That we supplied all the ingredients necessary for chemical weapons, but they could have been used for some other purpose???

Regardless, my point is not the specifics of which weapons we gave and/or sold to Saddam during the 80's. Is anyone arguing that we did not give and/or sell nasty weapons to Saddam?

My point is to emphasize our own accountability.

Perhaps if we acknowledged our role in creating/sustaining bad people like Saddam/Chemical Ali/Bin Laden/Musharraf/etc, we would then be less likely to repeat the same actions. For example, giving drones to the Paks. Brilliant idea! huh? I'm sure no one here could foresee a future conflict with Pakistan.

Frankly, it is infuriating that our guys are getting killed with the very guns we paid for and provided under some previous idea of defending our freedoms. And I get called anti-America!?!

All we have succeeded in doing is creating a self-fueling arms market. Mission Accomplished.

My 3rd party rhetoric vs yours.

And now it serves our purposes to point our finger at 'Chemical Ali'. That's fine, but it isn't the full story.

And now it serves our purposes to point our finger at 'Chemical Ali'. That's fine, but it isn't the full story.

We, the United States, did not give him several trials that resulted in 4 different death sentences, Iraq did. And the same came be said about Sadaam. I'd like to know how this mystery boatload of ready to use chemical weapons were given to Iraq?

Our hands are not clean.

Furthermore, I am okay with our hands not being clean. I understand that sometimes you have to help a bad man in order to get at a worse man. I understand that the enjoyable quality of life that the U.S. provides me comes at the expense of others. I get it. I am not advocating hugging terrorists or tyrants and wanting them to like us.

I'm merely saying: Own up to your own actions and quit misleading us citizens. Allow we-the-people to make informed decisions. Remember: Gov't of, by, and for the people. Or have we finally stopped even pretending at that?

Wasted effort, G2. Even if we get good stuff for him, hxxx will claim we made it up.

And he'll not take into consideration all the machinations of the world around us at the time, either.

Or anything else that world leaders must consider in order for them to actually lead.

Iraq dropped chemical warfare on their own people duing the Iran-Iraq war, the USA didn;t, and you want the USA to be responsible. Iraq had plants to mass produce nerve gas weapons. First, the US is not the only country that supplied Iraq with weapons for the Iran war. Second, at least 4 other Middle Eastern Countries supplied Iraq with weapons and shipments. Kuwait was one of them. Iraq later invades Kuwait, theatens the "Mother of all Battles", Armagedden, shoots scuds all over the place, so we eject him, and the USA gets blamed for sanctions and the warfare it took, for killing 500,000 Iraqis. Iraq is hanging their own people over it, after Iraq convicted them.

What's that mean? That we supplied all the ingredients necessary for chemical weapons, but they could have been used for some other purpose???

Regardless, my point is not the specifics of which weapons we gave and/or sold to Saddam during the 80's. Is anyone arguing that we did not give and/or sell nasty weapons to Saddam?

Than I guess you must have an opinion about the countries that are now selling or already sold Iran what they need to produce nasty Nuclear weapons. Do we assume those ingrediants are onloy being used for what they were intended or are they going to make dirty bombs.

Upon review, I asked a very straightforward question that is quite relevant to the thread topic.

What was the US relationship with Iraq in 1988 at the time 'Chemical Ali' gassed the Kurds?

How did the US respond to the gas attacks immediately afterward?

To which no one responded.

And our discourse degenerated...

I'll keep my future posts even simpler for you...