I had to laugh at this title when I found it on some article on the web. I said to myself..."It's about time!!"

For this is exactly what I have been thinking for some time now as race and racism is carefully cultivated, overplayed and for for cash/capital/ political power and leverage and by this administration in particular. It quickly became obvious that racism and race stereotypes were going to be their stock in trade. Their default settings.

While I recognize that at some level this is a very devout and heart felt cause ...it has been severely overplayed on the whole of America. And many American's are beginning to notice this trend line.

Americans are beginning to notice that this is the natural default setting for some Americans by which they try to bestow guilt and control over other Americans. In short they use Race and Racism to cut off, silence , and censor other Americans unto silence or compliance....politically and economically.

These Americans are also noticing that there are a handful of Americans who constantly lead the charge on Race and Racism. Al and Jesse.
What has been noticed is that Al and Jesse were not well received in Ferguson, Missouri...as they had blown their trumpet one time to many without anything really changing. Al and Jesse are not the solution. They tend to just bring more problems and confusion to events.

Nonetheless...I was gratified to see someone putting a name to the changing of events.

It is about time Americans caught on to this stage managed phenomenon as well as put a name to it.

I do not want to spend my waking moments looking at people thorough the prism of race, sexism, sexual orientation, or whatever is the next stage managed template for control of the American conscience that comes down the de evolutionary pipeline. No Thanks.

I was going to post this on the Ferguson thread...but decided it deserved a section of it's own so as to expand out...and get people to understand that there are several causes all following this same template of guilt manipulations, censorship, and control over the conscience and emotions of unaware and gullible Americans.

I think you are forgetting 2 important names, or should I say offices. Eric Holder the Attorney General, was one of the first to brand Ferguson as a racially motivated police shooting. Turns out by decision of the Grand Jury that was wrong and the federal investigation just concluded no civil rights were violated by the officer.

The President of the United States has welcomed Al Sharpton to the White House nearly 80 times, that obviously spurs him on to his race baiting, since he has the blessing from Obama. 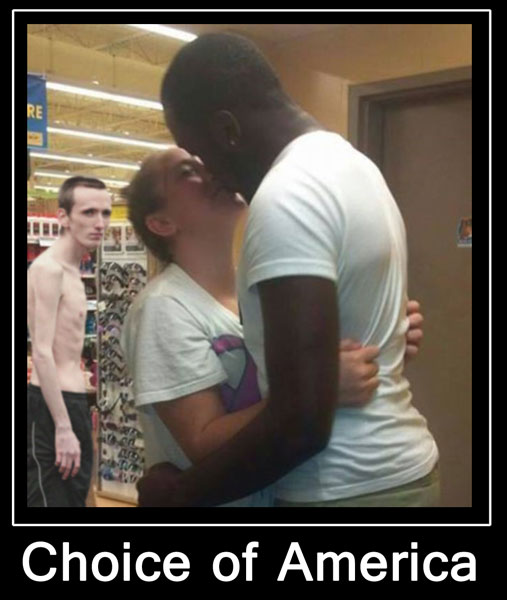 Abama isn't pleasant? Then to you to Russia. In us the bloody tyrant Putin pursues all which against him Prisons are forged by his enemies. Full zateneniye. Lawlessness of the population and neo-fascism. So that if concerned to live in the free country which arrived to GULAG in Russia. The power of officials, bandits and thieves - real life in my country.

valentindegterev said
Abama isn't pleasant? Then to you to Russia. In us the bloody tyrant Putin pursues all which against him Prisons are forged by his enemies. Full zateneniye. Lawlessness of the population and neo-fascism. So that if concerned to live in the free country which arrived to GULAG in Russia. The power of officials, bandits and thieves - real life in my country.

I would not despair to much as this very same template will be coming soon enough to the USA. It  is already happening by a government preaching tolerance while they secretly and privily use the engine of government to persecute their opposition and those of whom they do not approve.

This is becoming obvious to many Americans who are awake. The rest will never see it.

Or to put it another way...politics is not the product advertised and has now turned a corner to where they don't even try to hide it anymore but are proud of it.

Or put another way..politics is now a private fiefdom of someone who no longer cares about representative government.