ForumThe Trump Administration & US P…Obama Has Already Made The Decision… 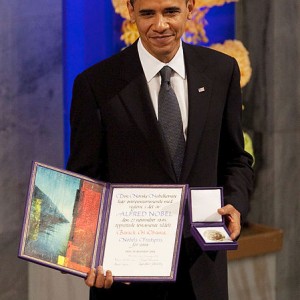 The Obama administration seems absolutely determined to help radical Islamic jihadists that have beheaded Christians, that have massacred entire Christian villages, and that have pledged loyalty to al-Qaeda topple the Assad regime and take over Syria. Yes, the Assad regime is horrible, but if these jihadist lunatics take control it will destabilize the entire region, make the prospect of a major regional war much more probable, and plunge the entire nation of Syria into a complete and utter nightmare. It has been estimated that somewhere around 100,000 people have already been killed in the civil war in Syria, and now it looks like the U.S. military and the rest of NATO plan to become directly involved in the conflict. The Obama administration is actually considering an attack on Syria even though the American people are overwhelmingly against it, Obama does not have Congressional approval to start a war, and he will never get approval for military action from the UN because it will be blocked by Russia. This is setting up to become a colossal foreign policy disaster for the United States.

What else is new, worst fraud of a President ever !

Not having approval from Congress didn't stop him before and Congress never did anything about it. Why should it stop him this time.

But is this Syria thing really about stopping weapons of mass destruction, or Obama trying to save his credibility, again, because he drew a line in the sand and Assad stomped all over it?

Congress met today to listen to the case, by the Obama admin, for responding to Assad's use of WMD's. Secretary Kerry agreed with the protester while dis-agreeing with the protester, in true waffle form. He was anti-war before he was pro-war. Secretary Kerry, don't you just hate when you're trying to do the right thing and make a serious point, and someone just keeps sticking some wild what-if scenario or ridiculous conspiracy theory in your face? Doesn't that just frost your balls? Welcome to the club, buddy.

Ultimately though, we do need to do the right thing with Syria and that means we need to hit him. Hit him hard. Here we go again, again.

As the hearing continues, our ace photographer Melina Mara reports she spotted Sen. John McCain (R-Ariz.) “passing the time by playing poker on his iPhone during the hearing.” You know, it would be a more credible picture if you could actually tell it was McCain. Just because the Washington Post says it is him or, someone twitters it's him, doesn't prove it is him.

did you happen to click on the last link i provided?

It wasn't my intent for congress and the news media to concentrate on the first sentence of my post, however, they did. Man, the partisan politics is at an all time high. Pretty scary how people are jumping all over BO on this and I have to ask what its really all about.

I'm the least fan of Obama but we do need to respond to the use of chemical weapons. Americans, and the world have become complacent on NBC weapons and that will lead to bad decisions. And, once again we're hesitant to act because we don't want to offend terrorists. That is not good.

Assad has used chemical weapons multiple times apparently and we have not responded. We have not given much assistance to the rebels and I know there is a hidden reason. We don't want to arm someone who might turn around an use those weapons on Israel or us. Sounds like a no win situation for the US unless you have a plan that is based on a consistent position.

Yes, BO has waited too long. Yes, BO has blamed everyone else. Yes, BO is not going to increase the US's respect around the world. But we need to do the right thing.

Oh, I just thought of something else. I think we are making a big mistake to let the civil war continue in Syria, and here is why. You have the Assad regime and the rebels tearing each other down. If there is another insurgency there, like al Qaeda or Hezbollah or the Muslim Bro., they might just sit back and wait for the civil war to tear down all their opponents. Then they will be the only ones left standing and they can just move in and take over. We are better off bringing down the Assad regime while we have a vetted set of insurgents in place. Videos of rebels executing Assad soldiers does not help!

So I take it people still haven't seen McCain's Twitter, confirming he was in fact playing an iphone app during the hearing? As for the "rumours", I mean reports, of Assad using chemical weapons. Where are you getting your information? Everything credible out there, at this point, says there is no direct evidence that Assad has done any such thing. In fact, the use of chemical weapons at this and many other sites hasn't exactly been confirmed nor unconfirmed. A lack of evidence that Assad didn't do it, is not evidence that he did. Maybe those beating the war drum have a yearning for more glorious round-the-clock CNN footage of bunker-busting, exploding goodness, streaming into their living rooms again. https://twitter.com/SenJohnMcCain/statu ... 1169506305

While we're at it; why aren't the reports from UN officials stating there is evidence that these attacks were carried out by the "rebels" being given media attention? Another question; Who in their right mind thinks another "regime change" would work? It's not like we have an extensive portfolio of successes to go on here. As per usual, France talks big but won't go in unless we lead the charge. The same can be said of every other "ally" we have. With friends like these, who needs enemies? This is nothing more than Obama trying to save face, and doing so quite badly. Putin is only illustrating what an incompetent buffoon Obama is, by remaining calm and logical. Apparently, obtaining evidence before bombing someone is a terrible thing when you're a Liberal. Of course, it's not surprising when you see them lose it in a debate and call you all manner of nasty things for daring to present facts.