So I took my wife to a rock concert...

Opened with Sick Puppies (merely ok)
followed by Shinedown (pretty good)
followed by Breaking Benjamin (blew the roof off the joint)
and headlined by Nickelback (not a big fan, but they put on a very good, very lively show.)

All in all, my head still hurts. The bass was so deep and loud that my pants were actually shaking. Nickelback was throwing full cups of beer into the crowd, and they had ushers passing out shots of tequila and jager bombs.

All in all, good times. Mother's day gift for the wife, and she really enjoyed it.

In closing, I'm going to post a random pic. 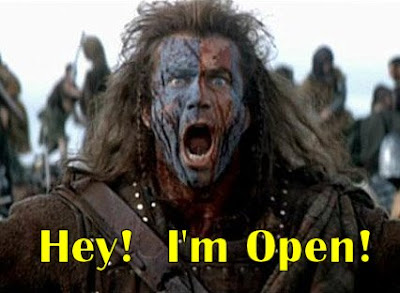 Now, let's wake up these forums.

Sounds like a kick-ass show there Sparty.
Be careful if you ever run for office.
Those pics of you stage diving and doing tequila belly shots could come back to haunt you. 😀

Besides Shinedown and Nickelback, it sounds like a pretty killer show.

Sparty, something similiar happened to me once..
Me, my H and a friend went to a Metalica concert (our second time seeing them..the first time..we were much younger and loved it.."Lars!!!") we left with headaches (we were around 30 years of age)

Later, though, we went to see Metalica, Gun's and Roses, and Faith No More in concert together.

The firs tone I mentioned we saw straight. The second oen involved,at the very least...booze.

I'm hoping Metallica comes around here again. I've missed them the past few times, and they have to be nearing the end at this point, so if I can get one more in I'd be a happy dude.

There's only one song I like from Nickelback and that's "Hero". Otherwise, they are mediocre at best.

But the rest are great.

The Few assume to be the deputies, but they are often only the despoilers of the Many.
Georg Wilhelm Friedrich Hegel

I haven't been to a concert since C.O.C. and Megadeth played in Biloxi back in, er 93? Wow. How boring am I?

"Sparty" wrote: I'm hoping Metallica comes around here again. I've missed them the past few times, and they have to be nearing the end at this point, so if I can get one more in I'd be a happy dude.

So I took my wife to a rock concert...

Words that will never come from my mouth. We are complete opposites when it comes to music. We can agree on certain 80's songs but that's about it. She hates pretty much everything else I like and I can't stand most of the stuff she likes. My poor kids have a wide range of influences to say the least.