FAREWELL TO THE MASTER: Ken Russell Passes Away

Ken Russell, controversial film director of Women In Love and The Devils, dies at 84 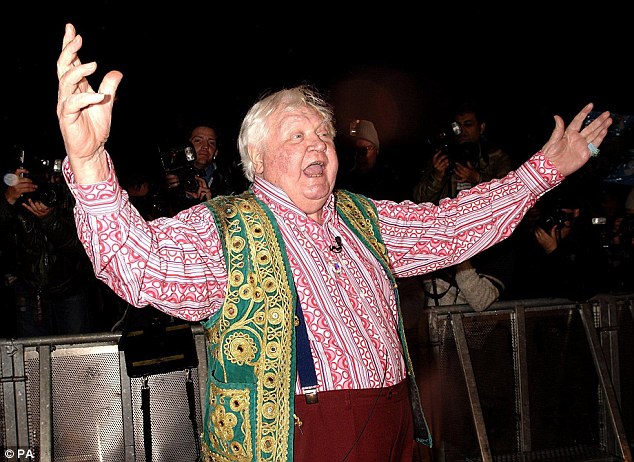 Tributes pour in for veteran director, who had been unwell 'for some time'
Russell passed away peacefully in his sleep
He recently agreed to direct feature film Alice In Wonderland The Musical

Film director Ken Russell died in hospital yesterday. He was 84

Ken Russell, the film director whose daring and sometimes outrageous films often tested the patience of audiences and critics, has died. He was 84.

His widow Elize Tribble said she was 'devastated' by her husband's death, which had been 'completely unexpected'.

She said: 'It is with great sadness that I can confirm that Ken Russell passed away peacefully in his sleep on Sunday afternoon.

'It was completely unexpected, as he was doing what he loved.

'He had recently agreed to direct the feature film Alice In Wonderland The Musical and he was working on the script and casting of that.

'He also had just completed an article for The Times on a review of the re-release of his film The Devils, so he was keeping himself very busy.

'I am in the process of informing his extended family who are, like me, devastated at Ken's passing.'

Russell is best known for controversial films including Women In Love and The Devils.

Music played a central role in much of his work including The Music Lovers, and Tommy and Lisztomania.

'There are not a lot of films that I would watch now': Steven Spielberg's alarming assessment of the movie industry
Rare Disney rabbit who later became Mickey Mouse is unearthed in long-lost black and white film from 1928
RIGHTMINDS: Ken Russell was the English dissident behind the camera says HYWEL WILLIAMS

Like its source novel, Women In Love immediately attracted controversy on its release in 1969 for its nude male wrestling scene between Alan Bates and Oliver Reed.

One of its stars, Glenda Jackson, today said she was shocked and saddened to hear of Russell's death.

She said working with the director on the film, for which she won an Oscar and he was Oscar-nominated was a 'wonderful experience'.