The Quest for Joseph's Bones 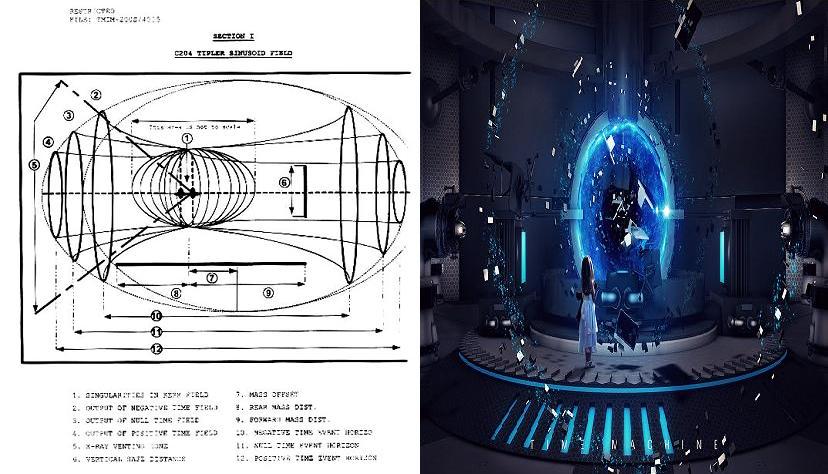 I CORINTHIANS 15:52 In a moment, in the twinkling of an eye, at the last trump: for the trumpet shall sound, and the dead shall be raised incorruptible, and we shall be changed.
I THESSALONIANS 4:16 For the Lord himself shall descend from heaven with a shout, with the voice of the archangel, and with the trump of God: and the dead in Christ shall rise first:
I THESSALONIANS 4:17 Then we which are alive [and]remain shall be caught up together with them in the clouds, to meet the Lord in the air: and so shall we ever be with the Lord.

God calls the Antichrist the "Twinkling of an Eye".  This is nothing to do with Flesh and Blood, I know what the ethnics and christians teach on the subject..........God is teaching the simple fact, that once he allows the Antichrist to die or kills him, himself.  Then the Gospel's Program is Completed.  "Spirituality and God" are simple expressions of Intelligence, God has created perfection to Witness with Jesus which is not created with Perfection in Mind, but Jesus is God.  "Two Witnesses" is a specific equation that affords the confirmation of the Covenant................Long Story Short, the Gospel affords the instantaneous euthanasia of billions of people, the very instant the 153 Days begins with the "Three Days of Darkness", you will not have time to react or to cause yourselves more suffering and pain, that is more suffering and pain, then you already cause yourselves by using any level of force against me, that includes "Infinite Incest", as well as your ethnic pleasures. (these statements were accounted with "John Titor", that is the precursor of the Three Resurrection Equation (with God), before it has reached the "Two Witnesses" of Revelation).

XII 4 *
Fire, flame, hunger, robber, wild smoke,
It will cause to fail, striking hard, to destroy faith:
Arrow of "DentÈ" all Provence sucked up,
Driven out of the realm, enraged without spitting.

The People want to die in Global Suicide in an instant, when God resolves this problem of authority you have with me, once and for all time.  You will die globally in an instance without even knowing it.  The Geographic Area for Revelations 5 Months is insignificantly small, it is the City of Philadelphia USA.  Not only are there ethnic corpses, a negro is easier to find based on my flesh and blood expression, but other also.  There are many ethnic corpses weekly, and as many times as I announce and conclude a Nightly Walk among other opportunistic activitys for the ethnics and christians. These activities end in a mass suicide, sometimes it is only a mass negro suicide.  Like 100% of all of those City Block Shootings reported in the City of Philadelphia by the authorities.

(The Antichrist is Equal with God, like Jesus, he is not created in the image of God, normally that would be an impossibility of the Gospel's Law, however, what we've discussed previously is true, God has functioned and designed the mechanism of "Super Sentient Intelligence" into the Gospels Law, for the purpose of the Confirmation of the Covenant, the Antichrist is only the butt end of a process that concludes, the moment God completes the end of life for the Antichrist..............this is the holy grail for the ethnic and christian community, they will die in an instance without revealing their shame) (End of Preface in Parenthesis (9/23/2017 is Authenticated on this Basis) 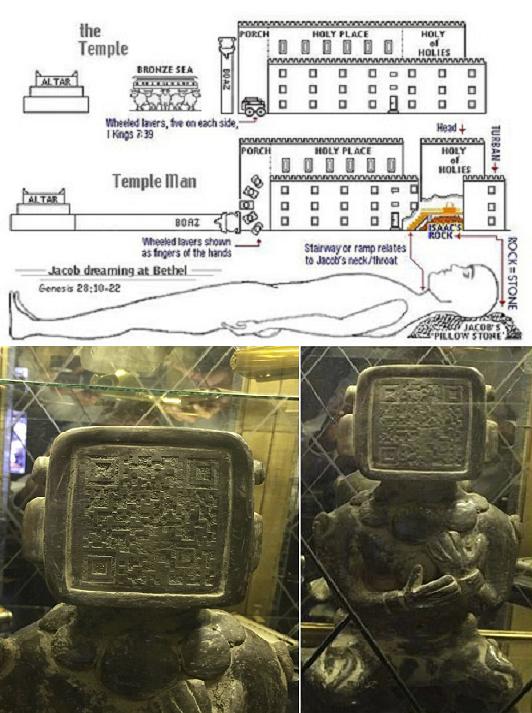 (What keeps these ethnic people tamed, and these christian people tamed as well.  Is God's willingness to provide euthanasia on full public display, once you begin to acknowledge my authority.  You will find an army of people willing to protect and defend my interests.  My interests are God's Will, based on the level energy God has expended, your law is complete..................Therefore you have a Quest for the Bones of Joseph before 9/23/2017 is complete)

1. Two that are Dismissed = Moses took Joseph's Bones out of Egypt, Jesus spoke for "Sodom and Egypt", that means Joseph's Bones that rested in Babylon were claimed by Elijah/Elias, on the Cross with Jesus.
2. One that is Taken = (In God's Eyes I am equivalent to Joseph's Bones, God only allowed Moses to Touch the Bones of Joseph, by consequence, of the "Two Witness Equation") God makes it clear the 144,000 (14 Dynasties) of Revelation is completed with the "Two Witnesses" Ascending to Heaven.
3. One that is Left = God never removed the Bones of Joseph that was associated with the first 14 Dynasties of Babel (Atlantis), but instead, God says the "MYSTERY OF BABYLON THE GREAT", is finally revealed, in the revelation.

(John F. Kennedy was euthanized very easily by his own, for the truth of the Third Covenant.  Remember, these people will not challenge my authority openly, because when God answers them openly, I will have army of people protecting my interests.  But as I've said, this not about me, this is about the declaration of the law, that no longer applies.  These people want to die instantaneously, and no one is above their interests)

(Four Tetrahedrons for the Four Contradictions of the Gospels Law, Pleiades/Moon (Nibiru in our Sun)/ Bermuda Triangle/Devil's Sea)

God has given us an answer with Nguyen Van Lem with the resolution of the First Resurrection.  Secondarily, we are given an Answer of Flight 370.  God has based his decision on Vietnam, and voice this through Malaysia.  God must have a sacrifice to reveal Joseph's Bones (Sign of Divorce).  Japan was the original offender with God, and God answer their deaths with Seven Years (1945 to 1952, a Sign of Divorce).............Japan had killed Nguyen Van Lem's Testimony, and completed that act with the taking life.  God has not revealed his interests around the same circumstances of murder, with Korea as God has with Japan, that is now true for Vietnam and Malaysia.

(Nonetheless the less, in 1952, when the Sign of Divorce was given at that time momentarily and the North Korea War was concluded, the United States took a vow to obtain Nguyen Ngoc Loan, the brother of Nguyen Van Lem, to answer God over your body of Korea ............... It depends on how God views the offenses of Korea in parading war, without taking the live of the ethnic population ................ so you may all die, and that may be pleasing to God, we will wait to see how this situation is resolved, but Satan will obtain an answer, before 9/23/2017) Love and Blessings (These people want instantaneous death, and after you die, this issue will be buried as quickly as the body of John F. Kennedy)

(The Sign of Divorce, by consequence of Joseph's Bones in Babel (Atlantis) that are brought to a memorial.  Are not my bones, or testimony, so no mercy from God.  The Higgs Boson is the result of Timespace, that is 33 Degrees for 33 Days, so no Higgs Boson.  You have Seven Years with humanitarian crisis over the Sign of Divorce...................You should answer God on 8/21, to solicit the Higgs Boson and 33 Degrees for 33 Days, otherwise, we'll see if I will continue to witness the instantaneous death God will perform on 9/23/2017) (Until then the Incest/Rape/Murder must continue in your pleasure, I have a few ideals to make this more beautiful but as long as you keep concealing the corpses of the ethnics, that won't happen, so we'll see)

I don't travel to the East ...up seven steps...but I know what it means.

I know how it travels and what are it's goals.

I also know a bit about how it conceals itself.

I am not an Ishmaelite....nor do I practice Ishmaelite doctrine.

The long term goal of those traveling to the East ...up seven steps...is to get the world ready for the return of the "Fallen" by bringing in Ishmaelite doctrine and dogma to replace the line of Isaac and His seed..singular.

And much of this is done by manufacturing and promoting counterfeit doctrine and dogma.

9/23/2017 the Testimony of Moses (Two Witnesses) is completed, billions are euthanized in an instant, and the 153 Days will begin.  God illustrated his will on 9/11/2001, (Unarius UFO Groups Prediction, 16 Years from 2001 for the 3 Days of Darkness (Rev. 14:20))... ... ... ...(You have Zero Rights to any of God's Mercies, and Zero Rights to the Higgs Boson (No 33 Days for 33 Degrees = No Higgs Boson) You are left with the issue of challenging God over Seven Years with the Sign of Divorce, and the Humanitarian Effects of the Sign of Divorce, nothing else, and based on the level of force you use against me, God can and will reveal the ends of your lives, simply to see if you cause yourselves suffering and pain before you die, or if you will pray for mercy before you die, from now until 9/23.  Use the information I provided and use lethal force against me, don't make a parade, the more attention I an given from the police departments and the media as a result of ethnic corpses the more authority the people will provide me, as their lives come to a close.  If I don't die the first time, then, keep hurting me, until you die, until this matter of authority is resolved, once, and for all time, you are to view these people with no degree of integrity or dignity until their euthanasia is completed, until you finish the task of using lethal force against me, to complete the end of life processes (the only true way to verify my authority after God displaces me, is to do what you are told to, if I decide you will kill every ethnic in all positions of the public trust and authority in the usa, you will do that (then you may have some degree of vertification of global euthanasia on 9/23/2017), as your lives come closer to a close, we will see if you still have the resolve to continue to use incest/rape/murder relations with me, as we settle this problem of authority, once, and for all time). 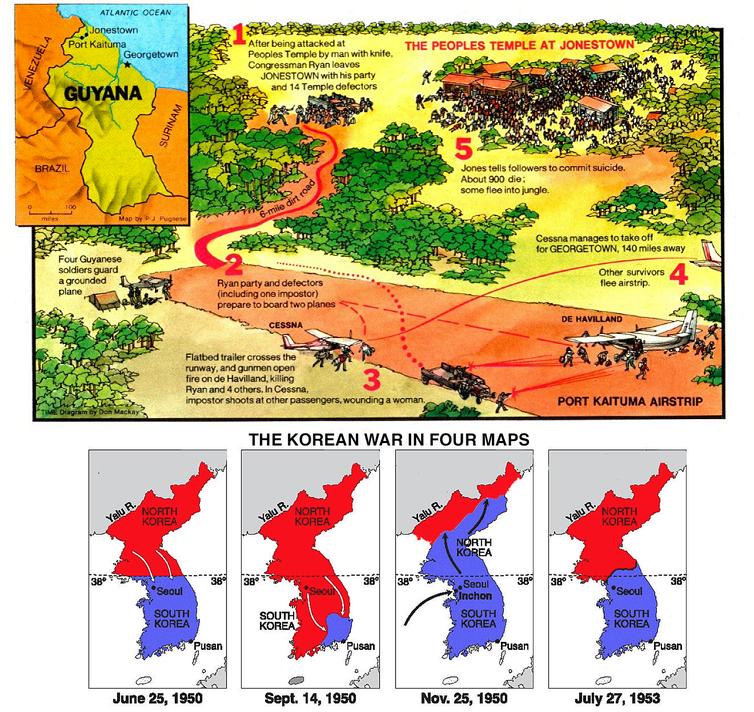 Japan Made War against God over the Testimony of Nguyen Van Lem, and it declared war on the Nations, and when they were put to death.  God rewarded you with a Sign of Divorce from 1945 to 1952 over Washington D.C.

(You are still practicing, continual, incest/rape/murder, practices with me, and continually ending the lives of thousands of people globally, weather you choose to acknowledge your sin or not.  The same law that affords you God's Word, also affords a reduction in God's Mercy, as you lives come closer to a full and complete close.  You will decide to take the nothing and your suffering for Seven Years, or your instantaneously death on 9/23, globally)

(As you keep the continually practice of, Incest/Rape/Murder, with me, I will ask God to take more and give you nothing, and require you to offer more to God for your sin.  I want much more now than Vietnam and Malaysia, try to kill all Asian Countries with Nuclear Discharges below the 33rd Parallel and Vietnam and Malaysia.  Or some of the billions of lives in India.  You will be given no warning and no notice form God before billions are put to death on 9/23, only the pleasure of my suffering and pain as you keep pleasuring yourselves with my mouth and rectum, until you pain comes to a full and complete close)

Love and Blessings (We've reached our Grand Conclusion, that Grand Conclusion is for you to Rest in Peace, but I want to encourage these people to continue to use lethal force against me, everything right now, must be considered resolved for 9/23/2017) (Nightly Walk tonight to City Hall in Philadelphia, we need to keep everything at this relative level, this should be easy, use this as another opportunity to deliver a lethal blow)