Genesis 1:1 Is the original creation from nothingness by the power of God. This is supported by geological science and it is scriptural. Genesis 1:2 is a vast destruction of earth, that was the result of the flood of Lucifer. Lucifer's sin was rebellion with pre-Adam man against God. There is a vast undetermined amount of years between verses 1 and 2. Genesis 1:3 onward is the restoration and creation of the destroyed earth which is seen in Genesis 1:2, which was done in six literal 24 hour days.

Gap Theory Creationism, also known as the Ruin-Reconstruction interpretation of Genesis, is a belief system which holds that there is a "gap" of time inferred from the Bible during which the Earth became "ruined", and was then "reconstructed" during the six days of creation described in Genesis. The gap theory claims that God pronounced a cataclysmic judgment upon the earth during this period (Gap) as the result of the fall of Lucifer (Satan) and that the verses following Genesis Chapter 1:2 describe a re-creation or reforming of the earth from a chaotic state; this re-creation, then, is not the first creative work of God.

The gap theory allows for both the geologic evidence of an old earth and the literal wording of the Holy Bible. It does not need to appeal to evolution, parable, symbolism, or allegory, nor does it deny accepted scientific data. Therefore, proponents believe it deserves full consideration.

Where Moses left off in presenting the revelation he recorded the 80 days he spent with the LORD, Jeremiah expounded on the judgment that existed before Adam in greater detail.

Proponents of the Gap teaching point out that the men that 'could not be found' & the cities that were destroyed were not men from the seed of Adam. In agreement with natural geological studies, the 'men' that rebelled were beings that lived during the Ice Age period. Where science does not have an answer for the spiritual events on planet earth, it inserts it's opinions & hypotheses. However, in their study of the 'men' during the Ice Age, they have found beings with a genetic code unlike ours, yet very human-like.

There was a pre-history between Genesis 1:1 and 1:2 where God wiped the slate clean with global catastrophes. Earth became a desolation and waste. All ancient fossils could belong to those pre-histories. Then God created Adamic man, ancestor of all living humans today, and a newer Earth. The fall of Lucifer could have happened during the pre-history. Lucifer might have been messing with the creation and causing abominations through DNA recombination.

Where Christians experience a spiritual rebirth and a death to the carnal nature, the people who accept the mark of the beast will be re-born in the flesh as Satan's genetic offspring and have a dying of the spirit.

Children of the beast... 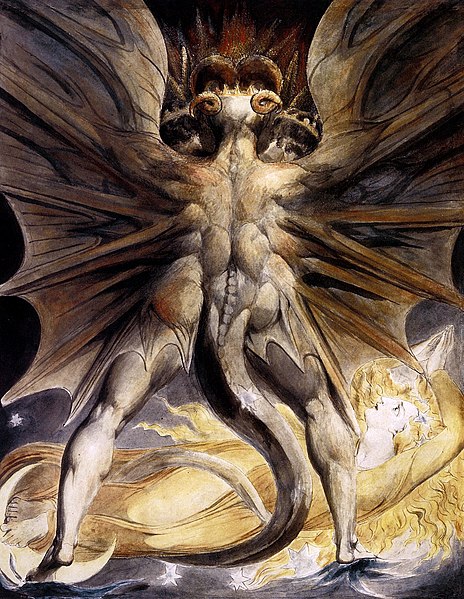 Maybe, maybe not. The Gap Theory depends on speculation. I don't think it matters much. There are 31,102 verses in the Bible and approximately only 53 verses deal with creation. The remainder of the verses deal with our relationship with God and His son our savior. Why get hung up on something that wasn't a big deal to Him?

"qmark" wrote: Maybe, maybe not. The Gap Theory depends on speculation. I don't think it matters much. There are 31,102 verses in the Bible and approximately only 53 verses deal with creation. The remainder of the verses deal with our relationship with God and His son our savior. Why get hung up on something that wasn't a big deal to Him?

You are correct qmark, my interpretation of gap creationism is a hypothesis that could be wrong, yes.

The six day creation and seventh day rest, could also be prophetic.

There are many prophesies in the Old Testament concerning our Lord Jesus Christ.

Creationists have a gap between their ears.