Lots of new world order symbols in half time. Roman empire,devil horns, falling into pit, eye of odom, and a prayer to dark lord..

"When you call my name, it's like a little
Prayer. I'm down on my knees, I wanna take you there
In the midnight hour, I can feel your power
Just like a prayer, you know I'll take you there"

When I watched it, my first thoughts were "Wow! Madonna is still hot!"

In hindsight, I can see the symbolism. I thought it peculiar but ignored it. I know that particular song, I'm sure most do. I've always wondered about it's meaning, whether it was referring to the Catholic midnight mass. (Based on the original video, equally confusing) That's the only organized religious reference I could come up with to compare. However, comparing it with the rest of the song choices before it and the way it was delivered, I can see the deeper meaning to it. Something I'm sure the masses did not see and will not see, even in hindsight. It was by design, I am sure of that.

Well, if was wanting to send some hard to figure out message to the population, would you do it during a half time superbowl when everyone is tanked on their butts, taking a bathroom break, and filling up their plates with everything from chips and dip, to fried chicken, and just whooping it up with a house full of party guests? If anyone was watching, all they cared about is downing their beer, and hoping for a wardrobe malfunction, before getting back to the game and commericals.

I was at a party with about 20 people, during the game about 6 of us (me and my buddies) were actually watching the game. Come halftime, everyone was pretty much focused on the show. I believe that is how it is for most Americans. Why do you think they are hiring A list stars like Madonna and spending a ton of money on it. Not because most people are hammered and don't pay attention; but because they know everyone and their mother is going to be tuned in. Most people aren't going to get blitzed on a Sunday night anyway, its a work night.

I'm not so sure anyone cares about Monday working, at a superbowl party.

I'm just kidding with what I wrote by the way, but in a way serious. Obviously everyone watching is a huge audience for products or halftime messages, otherwise commercials would be cost $2M for 30 seconds. This is an american mega event, so halftime deserves bigger than life stars. If there was some hidden message in all that, who knows, but they always seem to do something to push the envelope, which happened again this year with the finger.

Believe me Greeny, I was never one to be wrapped up by this so called nonsense. But there is some weird stuff going on here. These halftime shows are highly thought-out and choreographed events. It's hard for me to bypass the blatant symbolism. It's a bit disturbing. And MIA basically giving an F.U. to the world is disgraceful. I always wondered why my parents didn't let me watch MTV growing up, now I know why.

Maybe you do have a point, and lets face it, there has been movements away from traditional family values in this country, maybe the world, for a long time. I really didn't give much thought to outfits and costrumes, but nobody really looks for Madonna when they think about God or religion. I would not be surprized it the intended measage is more of a satanic following. When you think of many rock stars, and or many Atheletes, you couldn't invent some of their stories that look as if they sold their souls to the devil for a movie. The Parodox is that so many of your Atheletes at least appear to be very religious in nature, thank God for their blessings as atheletes, and truly seem religious. On the other side of the coin is the pro football scene that is cold, brutal, and unforgiving, physically and spiritually. Behind the scenes, the part we do not see from club owners, coaches, to the players, may not be a life you would wish your kids to find.

At least of me, I watched the halftime, but didn't really get the message as I watched it. Seeing the link you gave makes one think, and when you see some of the symbolism in past years from others raises some eyebrows. The ending siloette of Prince years ago with his gitaur, not only was obscene, but also resembled Satan to me.

Check this one out. This was the music act on David Letterman the night after the Superbowl. This is a lesser known group called Die Antwoord who is just making it into the mainstream. Some of you may know about this group and how utterly demented their music and videos are. However; in this showing on Letterman the symbol on his back is obviously Lucifer and her makeup is a direct reference to the a football plaver/ the superbowl.
The best part is at the end when Letterman says: "well, there is your halftime show".
http://www.youtube.com/watch?feature=pl ... oHbI-955uQ

I saw it on Letterman.

Ah you've touched upon a very sensitive topic, sensitive to some anyway, most people watch it and never ever understand the hidden message..........shall I prove it.

What do you see in this image. 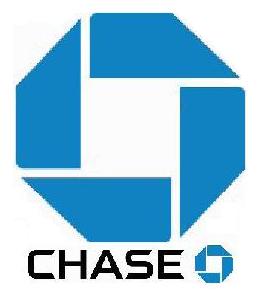