ForumGeneral Discussion TopicsUkraine – The Surrender of the 72…

The Shrinking Cauldron – The Surrender of the 72nd Brigade

----------------------
August 04, 2014
More than 400 Ukrainian troops have been allowed to cross into Russia after requesting sanctuary. It’s the largest, but not the first, case of desertion into Russia by Ukrainian soldiers involved in Kiev’s military crackdown in the east of the country.

Pictures of victims died from their own government force. News censored by West main stream media.

Our ‘Enemies’ in Ukraine Speak

America’s ‘news’ media do not let the victims of Ukraine’s civil war — the people who are dying and being driven out from the southeastern regions of that country by the new Ukrainian Government — speak, and tell their story.

September 24,
Many of the victims are said to have been shot in the head at point-blank range

MOSCOW, September 24. /ITAR-TASS/. Russian non-governmental organizations are demanding a comprehensive investigation of the mass graves containing bodies of civilians near Donetsk. Local militias found the graves on September 23. Many of the victims are said to have been shot in the head at point-blank range. Just two days ago that territory had been under the control of Kiev’s forces. Now it will be explored most thoroughly. Militias say they have discovered other graves, too, which will remain unexcavated for the time being.

In April 2014, fresh from riots in Maidan Square and the February 22 coup, and less than a month before the May 2 massacre in Odessa, the IMF approved a $17 billion loan program to Ukraine’s junta. Normal IMF practice is to lend only up to twice a country’s quote in one year. This was eight times as high.

Four months later, on August 29, just as Kiev began losing its attempt at ethnic cleansing against the eastern Donbas region, the IMF signed off on the first loan ever to a side engaged in a civil war, not to mention rife with insider capital flight and a collapsing balance of payments. Based on fictitiously trouble-free projections of the ability to pay, the loan supported Ukraine’s hernia currency long enough to enable the oligarchs’ banks to move their money quickly into Western hard-currency accounts before the hernia plunged further and was worth even fewer euros and dollars.

Russia is pulling back from the border.

The bodies of 286 women who had been raped have been discovered in the city of Krasnoarmeisk where Ukrainian volunteer battalion was based.

12:21 31/10/2014
DONETSK, October 31 (RIA Novosti) – The bodies of 286 women have recently been discovered in the eastern Ukrainian city of Krasnoarmeisk while almost 400 women between the ages of 18 and 25 are still listed as missing, Alexander Zakharchenko, prime minister of the self-proclaimed Donetsk People's Republic said Friday.

"Around 400 women between the ages of 18 and 25 have gone missing in Krasnoarmeisk where Ukrainian forces Dnepr-1 was based. The bodies of 286 women around Krasnoarmeisk who had been raped have been discovered," Zakharchenko said at a meeting with students from Donetsk National Technical University.

Soros Admits Responsibility for Coup and Mass Murder in Ukraine

George Soros told CNN’s Fareed Zakaria over the weekend he is responsible for establishing a foundation in Ukraine that ultimately contributed to the overthrow of the country’s elected leader and the installation of a junta handpicked by the State Department.

“First on Ukraine, one of the things that many people recognized about you was that you during the revolutions of 1989 funded a lot of dissident activities, civil society groups in eastern Europe and Poland, the Czech Republic. Are you doing similar things in Ukraine?” Zakaria asked Soros.

“Well, I set up a foundation in Ukraine before Ukraine became independent of Russia. And the foundation has been functioning ever since and played an important part in events now,” Soros responded. 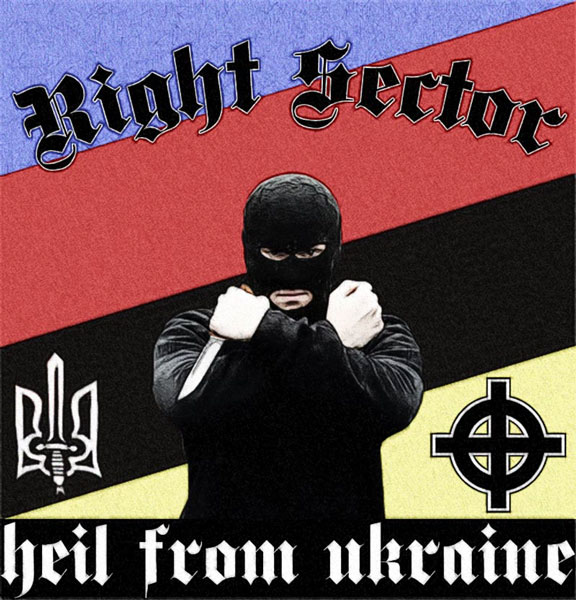 Yanukovich was accused of pro-Russia. But in his regime, the gold reserve of Ukraine reached 40 tons high. He was still for the interest of Ukraine. What about Poroshenko?

Ukraine Admits Its Gold Is Gone: "There Is Almost No Gold Left In The Central Bank Vault"

Submitted by Tyler Durden on 11/18/2014
Back in March, at a time when the IMF reported that Ukraine's official gold holdings as of the end of February, so just as the State Department-facilitated coup against former president Victor Yanukovich was concluding, amounted to 42.3 tonnes or 8% of reserves...

... and notably under the previous "hated" president, Ukraine gold's reserves had constantly increased hitting a record high just before the presidential coup...

... we reported of a strange incident that took place just after the Ukraine presidential coup, namely that according to at least one source, "in a mysterious operation under the cover of night, Ukraine's gold reserves were promptly loaded onboard an unmarked plane, which subsequently took the gold to the US." To wit: