As a remote viewer, I can say I have seen three kinds of aliens...what we call "greys", they are the "little working ants" of others aliens, these last ones are their kind of boss they look like the greys but are taller with a larger head. They seemed more dangerous. These two kinds of aliens do obey to the much more dangerous and more powerfull ones who look like reptilians. The reptilians would be the ones who could have a human form. That's what is said, but I have never seen that myself...I can only see them as reptilians, I don't really know if they can hide themselves in a false human body...I hope they can't, this is frightening.

the feline teeth are signs that he is a dimension traveler....i've seen it before. and i've had them myself..

lucky! how can I experience this?

Semidot Infotech said
Is it true that you find Alien in human form?

There is some evidence for this: 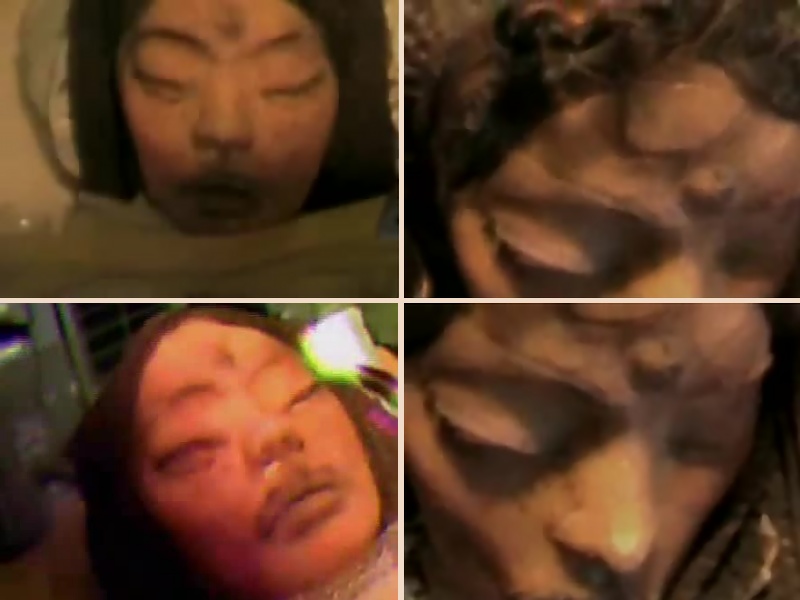 Apollo 20, The alien spaceship and Mona Lisa on the Moon

Clyde Lewis of Ground Zero had an excellent program in 2011 on this subject.  Unfortunately, I have not been unable to locate it.  An excerpt of the write-up is shown below:

As the story goes, In April, 2007 a series of videos began appearing on YouTube under the username retiredafb telling the story of Apollo 20. Then on 25 March 2007, Italian ufologist Luca Scantanburlo interviewed somebody who identified himself as William Rutledge who claimed to be the commander of the Apollo 20 crew. Rutledge also claimed to be the account owner of retiredafb. However, Scantanburlo never met Rutledge in person because he conducted the interview over Yahoo Messenger

During the interview, Rutledge claimed Apollo 20 was a top-secret mission launched in mid August of 1976 from Vandenberg Air Force Base in Santa Barbara, California and conducted jointly by the United States and the former Soviet Union. He said the other mission members were American Leona Snyder and former Soviet cosmonaut Aleksei Leonov, the first human being to walk in space. The purported lunar landing site of the mission was near Delporte crater on the far side of the moon. Rutledge said the videos show that he and Leonov discovered the remains of an ancient lunar civilization. He also said they brought back artifacts to earth for study, including a frozen female alien.

The story began with pictures and video that was placed on the internet taken from the Apollo 15 missions showing a crater that had some strange cigar shaped rock or spaceship embedded inside. It was estimated to be as tall as the Eiffel tower and as long as the Queen Mary.

What followed were images and video that was all too convincing of Rockwell Engineers loading astronauts into a capsule, The controls and the door of the LEM with the Apollo 20 insignia on it ,astronauts showing their faces and a corpse of a female and male that I thought looked like Adam and Eve.

However the female was nicknamed Mona Lisa.

They appeared to be frozen and the female was moved into what appeared to be the control area of the Lunar Module. The bodies appeared to be well preserved and showed very little signs of decay. There was also detail to the possibility that the aliens had been subjected to ripped flesh because of skin splitting in the cold and the areas around the lips started to decay first, similar to what happens when humans decay in the grave. Rutledge the man who was on the mission claimed that he believed the female was in some sort of hibernation state.

The peculiar part in this whole story is that there has been a person who claims he helped fake the whole story many internet sites have claimed that the story is faked and yet the principal players and witnesses still stand by their story.

Rutledge claims that he and cosmonaut Lexei Leonov landed a Russian made LEM (LUNAR MODULE) near the giant alien ship and entered inside . They found ancient artifacts and two bodies that they claimed were the “pilots” — one of the boides was fully intact and in excellent condition. She was a female and video revealed that she had breasts and that her body had been well preserved. A male body was also found but it was not intact, it had deteriorated and all could be saved was the head.

They Named the woman alien Mona Lisa. She had six fingers and toes.

“We went inside the big spaceship, also into a triangular one. The major parts of the exploration was; it was a mother ship, very old, who crossed the universe at least milliard of years ago (1.5 estimated). There were many signs of biology inside, old remains of a vegetation in a “motor” section, special triangular rocks who emitted “tears” of a yellow liquid which has some special medical properties, and of course signs of extra solar creatures. We found remains of little bodies (10cm) living in a network of glass tubes all along the ship, but the major discovery was two bodies, one intact.

The “City” was named on Earth and scheduled as station one, but it appeared to be a real space garbage, full of scrap, gold parts, only one construction seemed intact (we named it the Cathedral). We made shots of pieces of metal, of every part wearing calligraphy, exposed to the sun. The “City” seem to be as old as the ship, but it is a very tiny part. On the rover video, the telephotolens make the artifacts greater.

I don’t remember who named the girl, Leonov or me — was the intact EBE. Humanoid, female, 1.65 meter. Genitalized, haired, six fingers (we guess that mathematics are based on a dozen). Function; pilot, piloting device fixed to fingers and eyes, no clothes, we had to cut two cables connected to the nose. No nostril. Leonov unfixed the eyes device (you’ll see that in the video). Concentrations of blood or bio liquid erupted and froze from the mouth, nose, eyes and some parts of the body. Some parts of the body were in unusual good condition, (hair) and the skin was protected by a thin transparent protection layer.

As we told to mission control, condition seemed not dead not alive. We had no medical background or experience, but Leonov and I used a test, we fixed our bio equipment on the EBE, and telemetry received by surgeon (Mission Control meds) was positive. That’s another story. Some parts could be unbelievable now, I prefer tell the whole story when other videos will be online. This experience has been filmed in the LM. We found a second body, destroyed; we brought the head on board. Color of the skin was blue gray, a pastel blue. Skin had some strange details above the eyes and the front, a strap around the head, wearing no inscription. The “cockpit” was full of calligraphy and formed of long semi hexagonal tubes. She is on Earth and she is not dead, but I prefer to post other videos before telling what happened after.”

I was confused that perhaps they revived Mona Lisa on earth?

The only thing that can be verified is that the Apollo 15 footage and pictures of what looks like an alien space craft are part of the NASA document.

All of the other claims are outrageous. The footage of Mona Lisa is also remarkable because she has the appearance of a real human that has been dead and preserved.

Rutledge has not made a dime off of his claims; there has been no book, or movie rights. Many of the videos of the missions have been taken off the internet. This whole story did not make any mainstream media outlets and was never reported on some of the many UFO shows that air on cable.

All that is left is grainy badly made videos, trolls trying to debunk the video and a sculptor named Theirry Speth who is selling his works of South American images that appear to be similar to Mona Lisa. In fact there are people who say that he faked the whole thing.

The story may capture the imaginations of more people now that a new movie is being released about a failed secret mission to the moon.

The Apollo 18 movie is about to be seen in theaters and while there are many people who are not too convinced that this film will be a breakthrough in science fiction—it is beginning to spark interest in the Mona Lisa EBE case.

There is a considerable large group of people that believe that something strange did happen on the moon and that there is good reason we have never returned to the lunar surface.

Here is the link for the Clyde Lewis of Ground Zero show on Apollo 20, EBE Mona Lisa dated August 17, 2011: