The Main Reason Why the Black Vault Website Forum Has Low to Moderate Traffic....

Among the young people between the ages of 15 to 35 there has been a growing and erroneous notion that "print is dead." Granted that the mainstream print media doesn't cover the issues like they did 35 to 50 years ago. One can still find some well written articles on the internet. For a one man operation John Greenewald, Jr., does a good job. My main concern with Mr. Greenewald's efforts in trying to increase the forum traffic, will the forum transform into a Chat Room.

What I don't like about Chat Rooms is that they are usually dominated by a clique of individuals whose main purpose is to engage in irrelevant chit-chat. I notice that a good percentage of the postings in the forum are at best mediocre. They are written in a way that does not convey a complete thought. When postings are poorly written how can one expect to engage in any meaningful dialogue.

In the past I have asked John Greenewald if he can make it easier to copy and past photos in the topic area. If this could be accomplished I beleive this could be of great help in conveying a complete idea. Like they say "a picture is worth a thousand words."

You can now upload files and embed them within. It is not a copy and paste feature (yet?) but it's a start for embedding photos. 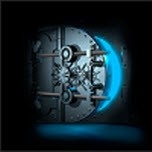