ForumAncient Lost CivilizationsAnyone want to take a shot at this?

Anyone want to take a shot at this?

Seems like someone saw my posts and is sending me all kinds of information and told me to keep posting/discussing on Black Vault.

Thank you for your kind words in my farewell posting.

In short, more and more ancient buildings/cities are being found.

This city is mind blowing and is the link between a lost advanced civilization. https://www.youtube.com/watch?.....Fz-uWIEKiM Note the Gold being removed from the sea's floor as well the ancient artifacts, statues, monoliths, etc... That Black slab is breathtaking! 35:38 (wow)

I just bought Graham Hancock's latest book Magicians of the Gods. I have listened to many of his You Tube videos and find his thoughts very much believable. I have always felt the pyramids were over run by hoodlums who chiseled and painted there way into false history.

What if some cataclism were to befall our civilization today? And 2,000 years from now some archaeologist were to discover a buried library from our time. What if they found the news section of the library and read some the newspapers?  What articles might they find?  "War in Iraq Ends." "Humans develop AI." "Elon Must Creates Electric Semi Truck." "US Returning to the Moon."

Why?  Because without the continuity of history, information gets lost.  Sometimes even the most important information is lost to time.  And sometimes that information is lost on purpose.  What if the end of the ancient civilization of 2017 was attributed to humans encountering an alien race who attacked Earth?  They might not want humans in their time knowing about that.

See how that works?  We have governments to protect us from truth.  They aren't doing that for no reason.  Whatever the truth is, its probably pretty bad.  The Earth has a secret history.  I'm convinced of that.  And its unlikely that you will ever find out what that is.

The biggest problem the establishment has is the left over evidence all over the Earth.  Kind of hard to cover that up.  So they wave their magic wand and make declarations.

There is evidence on Mars that there was a nuclear war, millions of years ago.  There are radioactive elements there that only come from detonating nuclear weapons. And those ancient Martians may have used our moon to test those weapons (just my theory).  The ancient Martians destroyed their civilization.  "He who forgets history is doomed to repeat it."  And look how close we are to doing just that.

I don't believe the theory of a "Goldy Locks Zone".  Our planets ended up where they are because of the process that formed the solar system, billions of years ago.  Earth supports life while Venus and Mars, today, do not but we don't know for sure why that is.  The theory is based on only one example.  Mars isn't dead because its cold. Its cold because its dead.  And what killed it?  Ancient records answer that question but they are branded as myth.  How ancient humans knew the actual color of Neptune and Uranus, which requires a close up view, they cannot say.  How humans quarried massive stones, moved them long distances over rough terrain, and carved them to a level of accuracy we cannot match today, is supposedly and unanswered question.

I do believe that at some point in our past we were much more advanced than now. We built all the unbelievable things we see today. But through surviving underground through the last ice age, all our technology based equipment would have fallen to disrepair due to a lack of resources. 25000 yrs later we emerge and start from scratch, rubbing sticks together for fire. I believe our history is still hidden where we waited out the cold.  Underground, under water, heck, even the moon or beyond someone knows and for their own selfish reasons are keeping it to themselves.

It's better to walk alone, than with a crowd going in the wrong direction. H.S.

Seems like someone saw my posts and is sending me all kinds of information and told me to keep posting/discussing on Black Vault.

Thank you for your kind words in my farewell posting.

In short, more and more ancient buildings/cities are being found.

This city is mind blowing and is the link between a lost advanced civilization. https://www.youtube.com/watch?.....Fz-uWIEKiM Note the Gold being removed from the sea's floor as well the ancient artifacts, statues, monoliths, etc... That Black slab is breathtaking! 35:38 (wow) 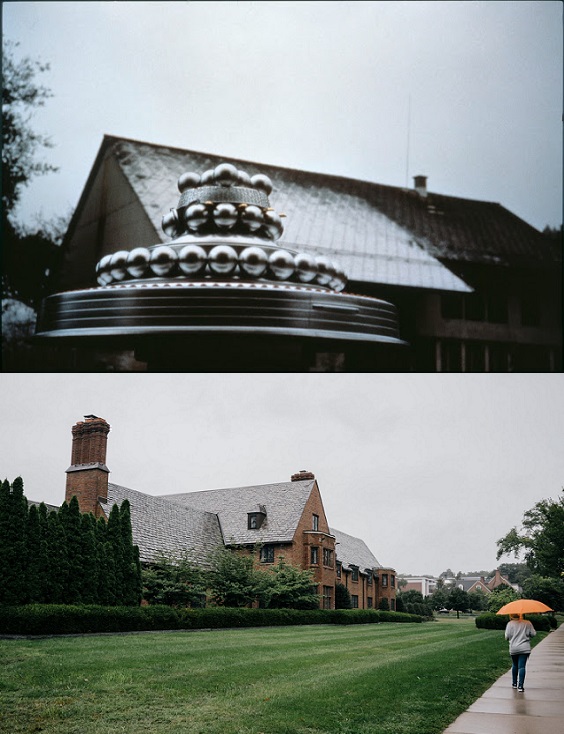 I was detained by the authorities for several murders, including the murder of Terrence Mckenna, at the University of Pennslyvania, my short time while I was there, in the early to late 1990s..................after a few hours of being illegally detained for a crime I did not commit..................I made a single statement to the authorities: "You need to release me right away, and clear me of all charges, and you need to make what happened disappear from the official records".

(It all began after I turned about 700mg of pure lead into pure gold, that they immediately believed my legal claim about the knowledge of the pyramid builders, which, Edward Leedskalnin revealed shortly before his death, and which the same secret lead to the deaths of the persons of inquiry at the university of pennsylvania at that time)

(If the object of stone is indeed an alien artifact of alien construction, then, this argument will be 100% legally valid and true: it will become near weighless at the appropriate frequency, they are intimated by these kinds of conclusions and will kill for it.  Nonetheless, (the african american police officer and his family were killed, because of what they did to me back in 2014 by the state, for whatever reason ... right now we are still learning about what is becoming necessary, as seven billion lives come to a full and complete close) (I said this many times, the good will of the authorities has added detail to previous accounts of things, in this case billy meier and some other accounts are still gaining details)