"Majorion" wrote: And besides all that, we also have evidence of a civilization on our very own Moon

"bionic" wrote: we tend to abandon our robots,when done with them, like on Mars, right?

It would seem that others have done so as well.

That's fing horrible!!
Do you think his/her mind still works?
Has been stuck there like that for..God knows how long?
Or is it mercilessly , shut off?
If it is still on..and working..there needs to be a mission, of unnoficial mercy...officially, curiosity..to go get it!!
ASAP!!!
But..no more space shuttles?

"bionic" wrote: [quote="WarAngel"]Two of the topics that stick out in my mind are the Noah's Ark story actually being a DNA Bank. The other is that aliens spread
the Bubonic Plague while wearing black cloaks and waving Scythe like objects. Giving us our idea of the Grim Reaper.
Now as for the plague itself I believe it originated on Earth as history said it did. The aliens just helped spread it,
making it worse than it would have been on it's own.

[quote="vidrar"]This is on History channel now.
Anyone else watch this and want to weigh in on their thoughts. 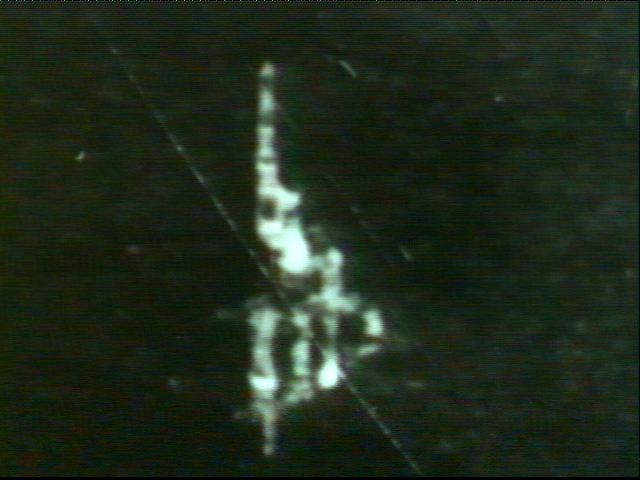 ditto to all that

The planet earth is a place where souls mature.
It is also a planet where souls have difficulty to mature and solving their problems.
When we die we instantly go through some sort of soul processor for a review of our life.
We are replaced back in the body of a newborn child.

According to John Lear the son of the famous Lear's jets and propulsion, we are monitored in the early stages of are life, that there is a structure on the moon 7 miles high, that receives our soul, does whatever it does then sends the soul back into a new body, "reincarnation".

He claims that aliens are monitoring and doing this for a higher being than themselves.

John Lear, a captain for a major US Airline has flown over 160 different types of aircraft in over 50 different countries. He holds 17 world speed record in the Lear Jet and is the only pilot ever to hold every airline certificate issued by the Federal Aviation Administration. Mr. Lear has flown missions worldwide for the CIA and other government agencies. A former Nevada State Senator candidate, he is the son of William P. Lear, designer of the Lear Jet executive airplane, the 8-track stereo, and founder of Lear Siegler Corporation. Lear became interested in the subject of UFO's 13 months ago after talking with United States Air Force Personnel who had witnessed a UFO landing at Bentwaters AFB, near London, England, and three small aliens walking up to the Wing Commander.

"bionic" wrote: That's fing horrible!!
Do you think his/her mind still works?
Has been stuck there like that for..God knows how long?
Or is it mercilessly , shut off?
If it is still on..and working..there needs to be a mission, of unnoficial mercy...officially, curiosity..to go get it!!
ASAP!!!

I do not think it is still working. It will have likely been up there for a long time. As you can see the object in the pictures is just a head. For it to still be functioning it would need a power source. With out one it would simply shut down. Similar to a lamp when you turn the light switch off. :ugeek:

Mercy also is not an issue since it's not alive. Even if it has advanced programming to
think (calculate) and act like it can feel and have emotions it's still just programming. It has no conscience or soul.

The conspiracy theorist in me says we already have it. So we wouldn't need to go back. There have been space missions since so it's possible. Also if we are in contact with ETs they could help us retrieve it. Either by hitching a ride or they get it for us. If a secret mission was somehow launched with just Humans then if they retrieved it and it turned out to be a head of something then it would never be announced and taken to an Above Top Secret facility such as Area 51 or wherever.

But whatever it is probably is still up there. 🙁

We also don't know if it's even a robot. It could be the skull of a once living being. Many sources say aliens look like us. Even the Bible says we were made in God's image. Some say that comes down to a misunderstanding and that we were altered by aliens to look like them.

Cuts in the space program will come back to haunt us some day. :naughty: Maybe even sooner than we think. We should have a fully functional moon base with permanent staff. It's been
39 years since Apollo 17 and any Humans on the moon. I consider this a failure. Establishing a Lunar Base is in my thinking more important than doing outer planet research with probes and stuff. What if a global disaster occured? It's possible there'd be no one left. A Lunar habitat could solve that.

A base would also help the other projects. We could more easily launch probes from the lunar surface. A telescope would be much more effective without the Earth's atmosphere. The moon at least has some gravity so people wouldn't need to excerise as much, just some.

The moon at least has some gravity so people wouldn't need to excerise as much, just some.

In the Jewish Zohar writtings there is mention of something called "The Ancient of Days." It is described as "many brains, many faces." Some theorize that it was in fact a machine with an extraterrestrial connection. The device provided Mana for the Israelites in the form of "grain algae called Clorea. Further theorizing states that it was powered by a Nuclear reactor and was contain in the Ark of The Covenant. There are reports of people suffering the effects of radiation poisoning, such as hair and finger nails falling out. On the Jewish Sabbith the device was cleaned.

In modern times NASA has proven that Human life can be sustained indefinately with an algae substance and nothing else; adding evidence to the above.

On futher note this ties in with reports from other episodes claiming that the Ark of The Covenant contained something radioactive which led it to be burried at the bottom of the Oak Island "Money Pit." I don't know if it's really down there but it would go a long way as to explain the elaborate system at the site to keep would be seekers of any treasure away. Allthough at this time I don't know how to explain the lack of radiation at the Money Pit site.

A Google search for The Ancient of Days will come up with a description of God, so if anyone can elaborate on what I've said please do so.

my only elaboration would be to turn God into "God"
there is a difference
to have godlike powers is not to be God.
One might mistake themselves for God if they had such powers, though.

Put all the pieces together from just this thread alone and it sure looks like something very big happened here before Human history. :think:

That could be natural phenomenon, thouhg.
The mind seeks to make patterns out of what it sees.

Still, I am open to..any possibility.

mars has had mnay strange things related to it.

More so than would seem statistically regular.