This is on History channel now.
Anyone else watch this and want to weigh in on their thoughts.
I found it very interesting, showed some sights on earth that i didn't know about such as Puma Punku and Tiawanaka.

Yes I`ve seen it before aswell.
I thought that the Tihuanaca part was fascinating since it´s located...at a personal place...

I like the places of the temples and so on and that it could have served as landing sites for these aliens...

Oh yeah, there's no doubt about it.

AAT say that earth has been visited by ETs and/or technologically superior humans in very ancient times and that these events have been recorded as encounters with "Gods", "Flying Chariots", "Wars of Worlds" in ancient mythologies, legends and religions.

AAT is not the same by every researcher. Zecharia Sitchin (originator of the theories surrounding the Sumerian Annunaki) for example believes we were not only visited by extraterrestrials but actually created by them. Others say we were only ocassionally visited by ETs throughout history.

The similarity of ancient accounts, mythologies, cults and religions from all around the world, all basically describing "Gods" that flew around, performed technical "miracles", created things, destroyed them, taught humans skills, etc. In AAT we propose that our ancestors were describing technological events they didnt have the right vocabulary for. So saying "flames came out of the flying serpent" could very well be the description of an aircraft...for example.

And besides all that, we also have evidence of a civilization on our very own Moon; 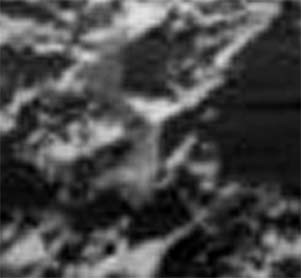 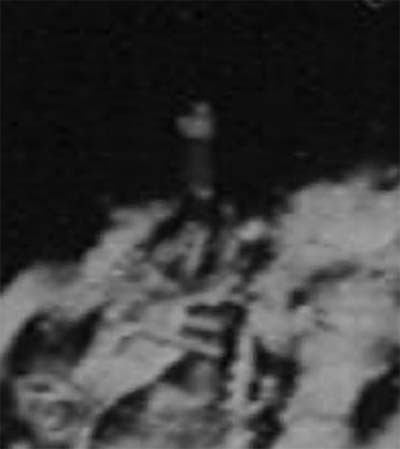 The biggest question i have in the fact that aliens occasionally return and interact with the civilizations and the inhabitants of earth,where have they been?

I don't think they would allow the gov't to disallow the public access to them and their knowledge, or allow the Gov't to use that knowledge to destroy ourselves.

Or could it be that the Mayan calendar isn't an end of the world date, but rather a return date?

And I agree i've never believed that man created alone created some of the structures that exist around the world. The program was very fascinating.

I recently watched Indiana Jones and The Kingdom of The Crystal Skull. I heard the name of a conquistador named Orellana and thought they were saying Oryana. Later I remembered about her in the first chapter of Chariots of The Gods. Here's what the book says.

What does legend say about the mysterious city of Tiahuabaco?
It tells of a golden spaceship that came from the stars; in it came a woman, whose name was Oryana, to fufill the task of becoming the Great Mother of the earth. Oryana had only four fingers, which were webbed. Great Mother Oryana gave birth to 70 earth children, then she returned to the stars.

As I was writing the above part a thought occurred to me. What if it wasn't a literal birth but Oryana was a genetic engineer and she made the children in a lab. :think: That could be considered birth in a way. Having 70 children would put a severe strain on reproductive organs; that is if this race is anything like Human. There a lot of talk about altering primitive Human genetics with the Anunnaki, so why not here? Maybe Oryana was one of them.

Well if it is a return...it would still be the end of human domination on this planet 😈

Great pic ya got there Majorion .

I don't see anything unusual in the photos of the crater Aristarchus. Like other 'recent' impacts such as Copernicus and Tycho Brae it is highly reflective because its impact material has yet to be weathered. Most of the Moon's surface is 3 billion years old as it has no tectonics to recycle the crust, and is covered in impacts from this long ago. In the last 3 bilion years there has been far less asteroid activity and only a handful of noticeable large recent impacts like Aristarchus. Even craters formed hundreds of millions of years ago like this take eons to weather because the Moon has no atmosphere or meteorological systems like on Earth. Only the solar wind (which is ionised particles flowing away from the sun and nothing to do with weather) can have any effect.

"BloodStone" wrote: Great pic ya got there Majorion .

Here is an interesting anomaly in the crater Aristarchus: 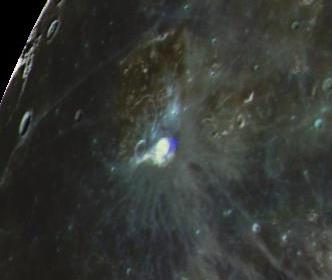 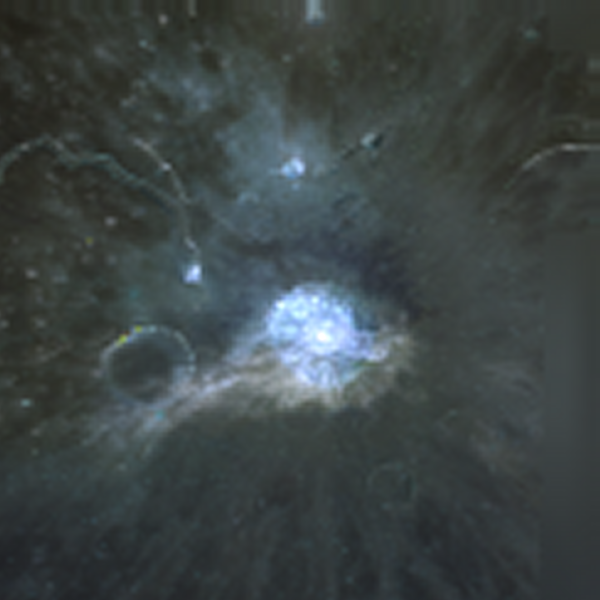 Any speculation on what it is?