Hello everyone! I'm from São Paulo, Brazil, and I follow the black vault for a few months.

I'm here to tell and send you a photo of a really strange thing that happened to my friend, yesterday, (November 11, around 23:48h).

My friend was to a motel with a girl to have sex. When he was in there, he took a photo and send me, showing the motel room. The girl was taking shower and he was in the bed. It was late, and after that, I went to sleep.

In the other day, when I took my cellphone and opened the chat, I saw with more attention and I was really shocked. A figure of a grey alien, or other entity, manifests visually, and even reflects in the mirror.

I'm sending the pictures below, and if anyone has the expertise to analyze the images and verify what is this, i would really want to know.

PS: 1. Note that there is a woman with her back inside the boxing. The alien's figure appears beside his left shoulder, and reflects in the mirror.

2. I put a red line over my friend's name in the whatsapp conversation just to preserve his identity, cause he was cheating his girlfriend. In the conversation, we're talking about if he had good sex, and in the other day, at 13:36, I ask he if this photo was original, that he affirms me that yes, it is. 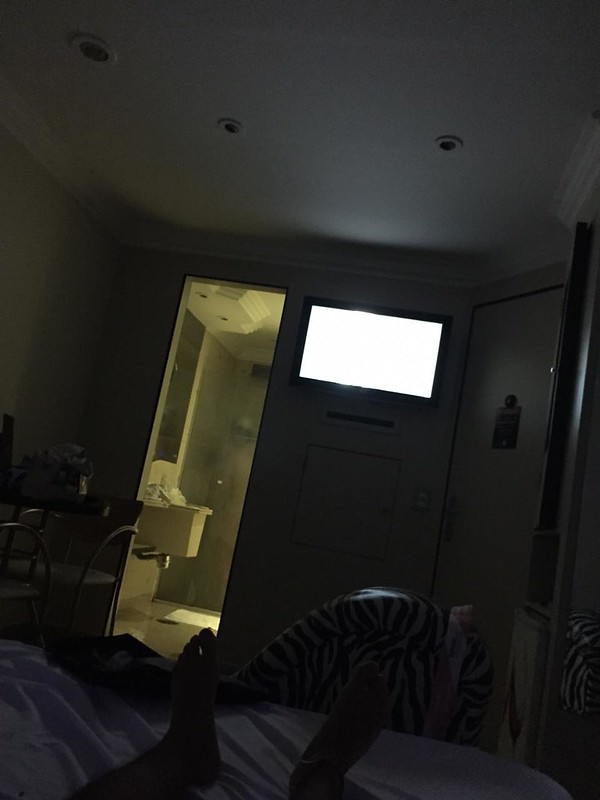 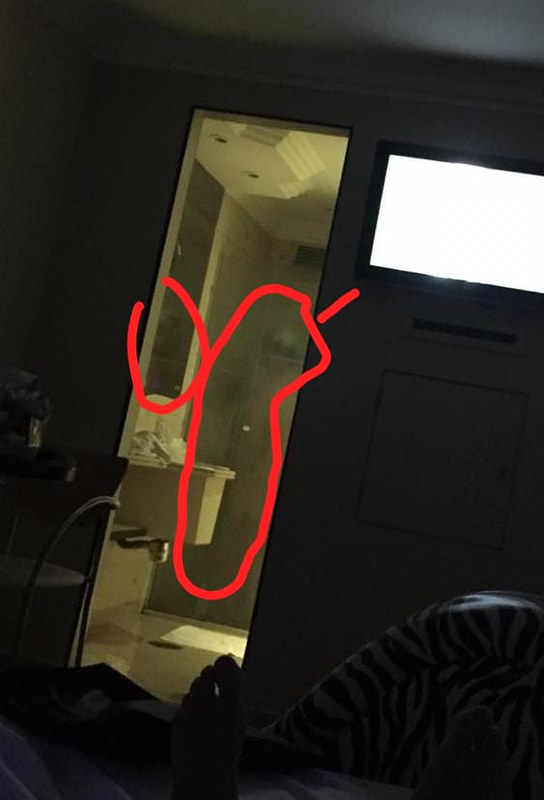